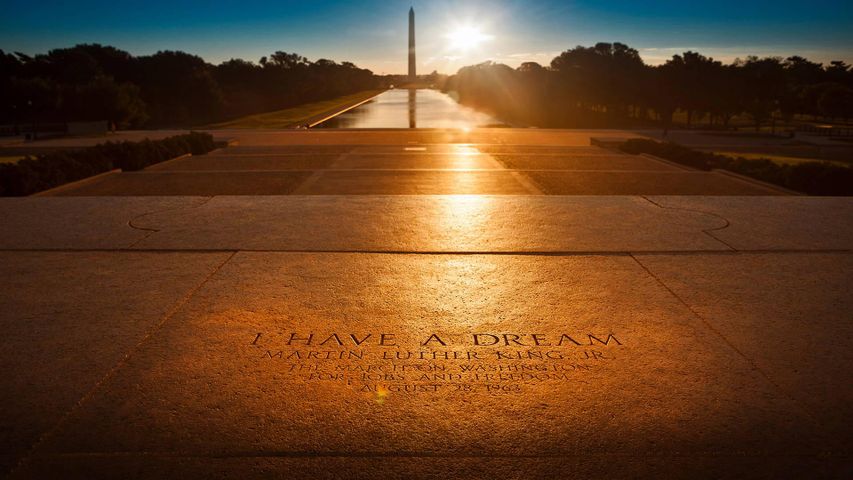 A step toward freedom

This inscription marks the spot on the steps of the Lincoln Memorial in Washington, DC, where civil rights activist Martin Luther King Jr. stood while delivering his famous 'I Have a Dream' speech. It was August 28, 1963, and King was addressing a quarter-million people spread across the National Mall during the March on Washington for Jobs and Freedom. King referred to written notes for most of the speech, but as he neared the end of his prepared remarks, he heard gospel singer Mahalia Jackson, who was standing nearby, shout out, 'Tell them about the dream, Martin!' King responded by partly improvising the rest of his message in a soaring, sermon-like delivery, punctuating his ideas repeatedly with that single phrase, 'I have a dream.' King's dream for racial justice, so eloquently shared that day, would resonate through the crowd and across the nation, bringing passionate new energy to the civil rights movement. It still resonates today.