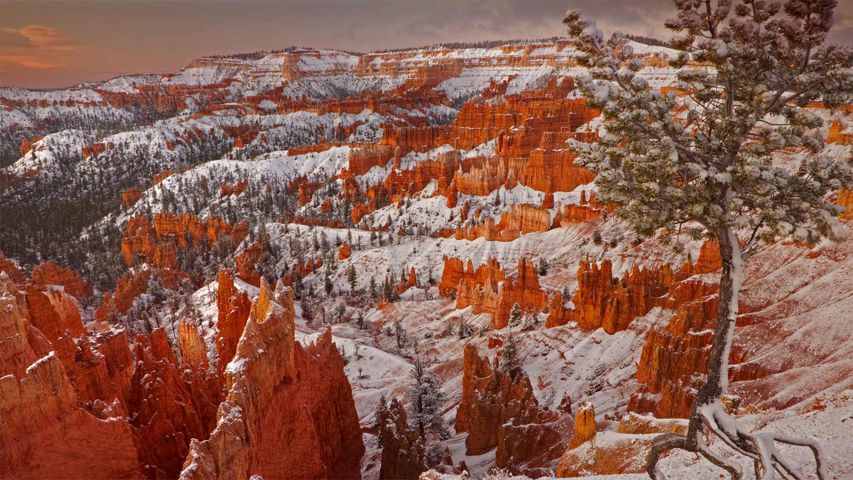 When considering the dramatically eroded canyons of southwestern Utah (western United States), snow may not be the first thing that comes to mind. But far-flung Bryce Canyon National Park gets plenty of the white stuff, owing to its elevation of 8,000-plus feet at the massive amphitheater's rim. The cold not only provides scenic snowy views and great cross-country skiing, it's responsible for the striking red-rock pinnacles—known as hoodoos—that make the park so unique.

High above sea level, winter in Bryce Canyon often sees daily shifts between freezing and above-freezing temperatures. Despite its name, Bryce Canyon isn't a true canyon, but is instead a collection of natural amphitheaters. The park's hoodoos formed as water seeped into massive stone plateaus, then froze and expanded to break away chunks of rock. Repeated day after day for eons, this process has left slim sections of sediment standing throughout Bryce Canyon—now the largest concentration of hoodoos in the world.