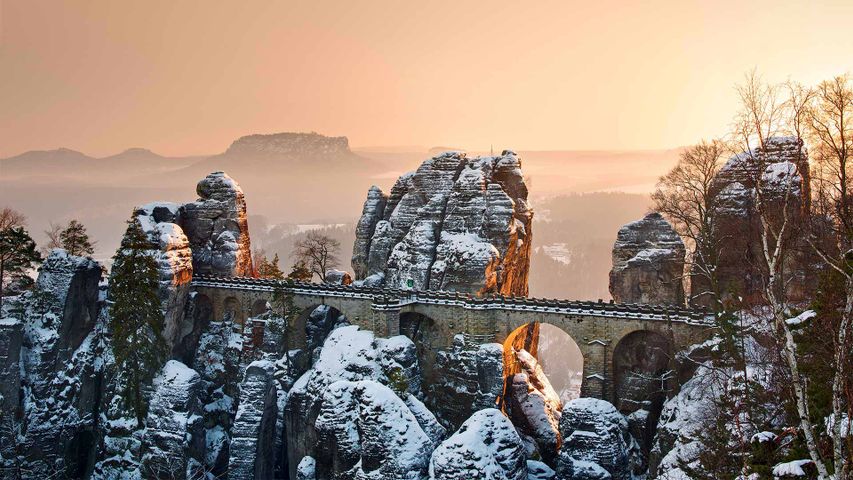 Sandwiched between soaring pinnacles of sandstone, Bastei Bridge is a highlight of Saxon Switzerland National Park. But don't be fooled by the park's name because we're not in Switzerland; we're hundreds of miles away in eastern Germany, close to the border with the Czech Republic. The name comes from two Swiss artists who visited the area in the second half of the 18th century and felt the picturesque upland scenery was reminiscent of their homeland.

The park boasts untamed forests and spectacular rock formations, including the Bastei in our photo. The rock pillars here were formed by water erosion over a million years ago and tower 636 feet above the Elbe, one of the major rivers in central Europe. If you're not afraid of heights, you can walk the bridge that has connected these jagged rocks for almost 200 years. Originally made of wood but rebuilt with stone in 1851 to accommodate the increasing tourist traffic, Bastei Bridge offers stunning panoramic views of the river and surrounding Elbe Sandstone Mountains. It also leads to the remains of an ancient castle that once stood here and is now an open-air museum.