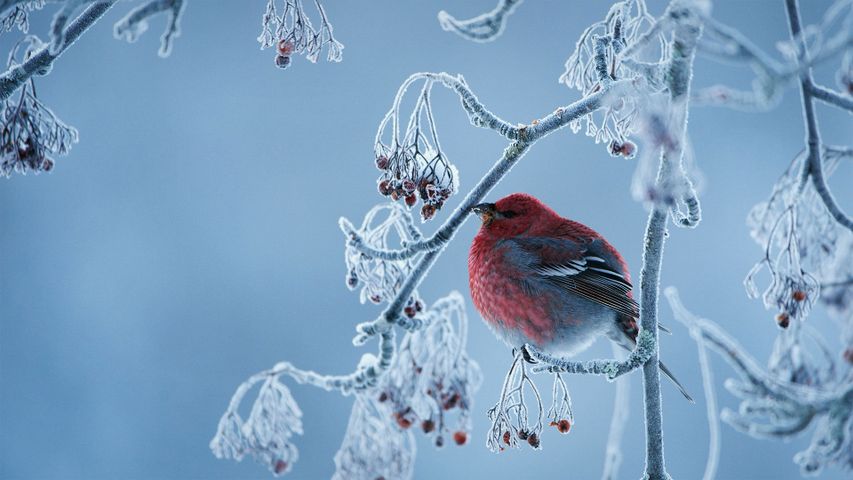 Today's the first day of the 121st annual Christmas Bird Count, said to be the largest and longest-running citizen science project in the world. For the next 23 days, through January 5, thousands of volunteers around the US, Canada, Latin America, the Caribbean, and the Pacific Islands will join members of the National Audubon Society for this important endeavor in the study and protection of birds. Together, they'll scour the woods, fields, and lakes of their respective regions (or just watch their bird feeders), to take a census of the individual birds and species they find.

Bird watchers in western Canada, Alaska, and the Northwest United States will undoubtedly find a few pine grosbeaks like the one featured in our image today. The largest member of the true finch family, it makes its nest in northern boreal forests and feeds on berries and fruits. You might identify it from its short musical warble. While the pine grosbeak mostly stays in the northern latitudes, it's an irruptive species, meaning it migrates some winters farther south to find food. Quite tame and unafraid of people, it can be easy to miss, because it'll often sit stock-still as a bird watcher walks by. If you're contributing to this year's Christmas Bird Count—and even if you're not—keep an eye out for this beauty.