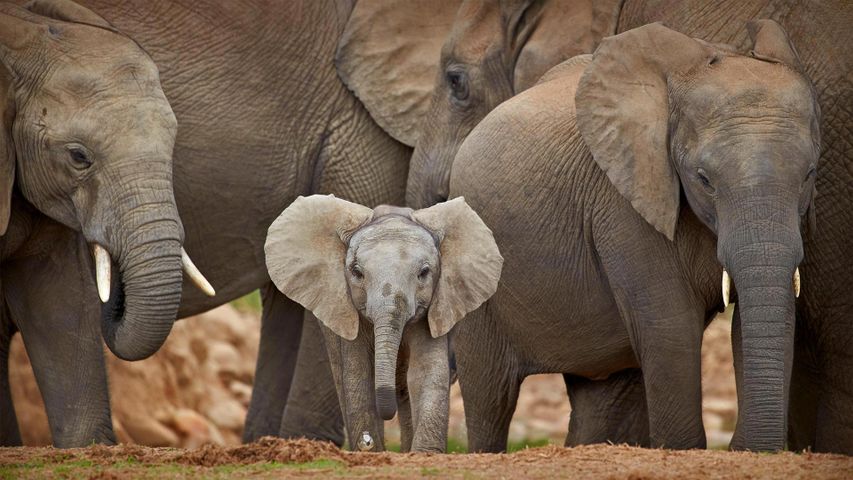 For World Wildlife Conservation Day, we're dropping in to visit a herd of African elephants in the Addo Elephant National Park in South Africa's Eastern Cape province. Established in 1931 to protect a herd of just 11 African elephants, Addo is now the third-largest of 19 national parks in South Africa and provides a safe haven for about 600 of these magnificent creatures, as well as cape buffaloes, various antelope species, lions, hyenas and endangered black rhinos.

Because animal trafficking is the most immediate threat to wild elephants, tigers and rhinos, World Wildlife Conservation Day organisers encourage people to avoid products derived from wild animals. Consider the African elephant. Both subspecies - the African savannah elephant (like these) and the smaller African forest elephant - have long been targets of poachers for their ivory tusks. Although millions of elephants once roamed Africa, today only an estimated 400,000 remain.