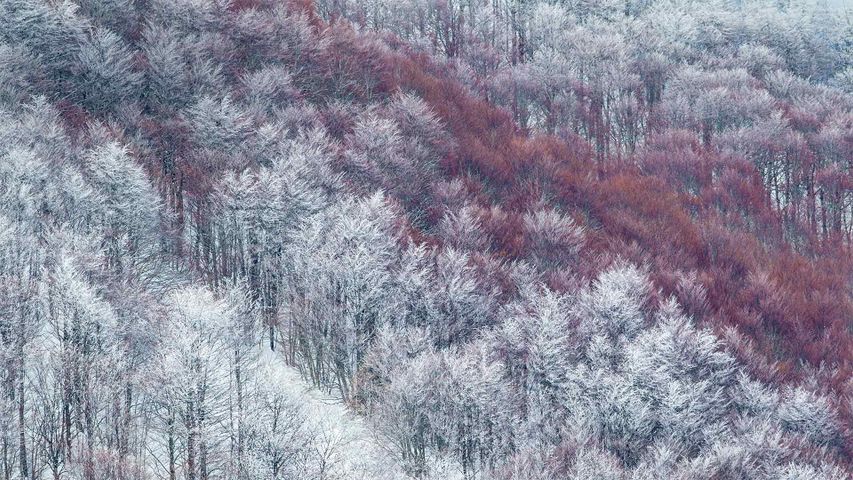 Listen closely. Is that whistling you hear coming from a chamois, that great-antlered species of goat-antelope? Could it be the howls of an endangered wolf echoing off the mountainside? Or the bellowing of the Marsican brown bear, one of only 50 or so left on Earth? Most likely it's just the cold November wind blowing through this, the oldest beech tree forest in all of Europe. Hard to believe that this vast stand of primeval forest is just a two-hour drive east from Rome’s busiest airport.

If Italy is a boot, then the National Park of Abruzzo is right in the middle of it, straddling the north and the south. While most tourists flock elsewhere in the country, a few nature seekers venture here to Abruzzo, the greenest part of Italy. Two-thirds of the park are covered in European beech tree forests, protected by their density. Shepherds, farmers, and loggers have never fully penetrated these forests. Hunters have, however, and some species, including the wolf and bear, have become gravely endangered. Hopefully, they, and the forest will thrive—UNESCO made this a protected site in 2017.