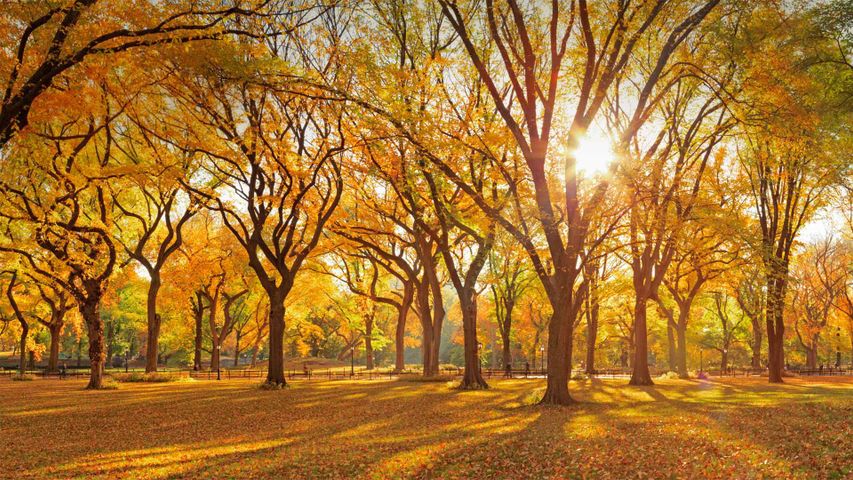 Today we’re standing in what is commonly known by American’s as the Mall of New York City’s Central Park. When architect’s Frederick Law Olmstead and Calvert Vaux designed this 400-metre walkway, they were inspired by Europe’s public spaces. They envisioned a 'grand promenade' where people of all backgrounds, from the city’s monied elite to those of lesser status, could come together and mingle.

Today, the Mall remains one of Central Park’s most popular and iconic features. Olmstead designed the pedestrian walkway to be the only straight path in all the park. Lining the path on either side is a majestic canopy made from hundreds of American elms. Chances are, you’ve seen an Elm Street in an American town or two. These majestic trees once populated many parts of the country but were devastated by Dutch elm disease beginning in the 1930s. The trees here in the Mall make up one of the oldest living stands of American elms in North America. They stand today, not only alive, but thriving, thanks to dedicated Central Park arborists who monitor and protect them. When a tree must be removed - in a bad year, the park can lose up to 35 - a new one is planted in its place.

Pont Saint-Bénézet and the Rhône at dusk, Avignon, France