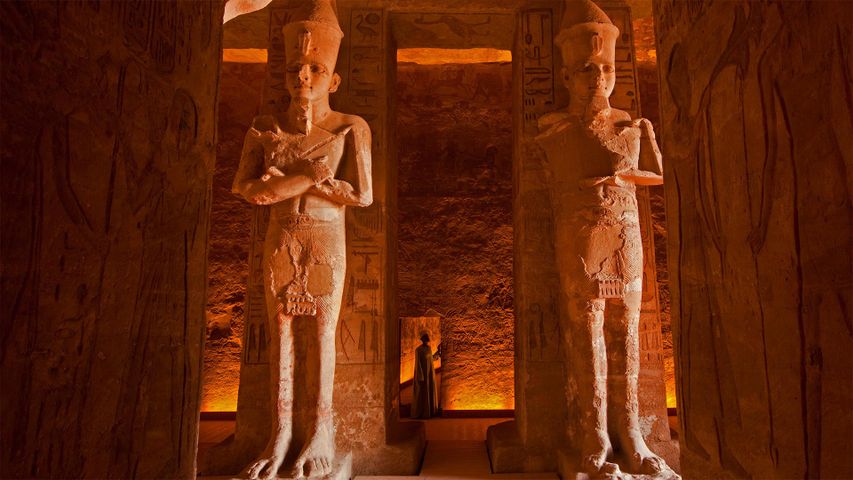 These temples, commissioned by Egyptian pharaoh Ramesses II around 1264 BCE, would have been lost were it not for the efforts of Unesco – the UN’s educational, scientific and cultural organisation. A couple of centuries after the Abu Simbel temples were completed, Ramesses’ empire had collapsed and the sands of the Nubian region of North Africa began to consume them. European explorers ‘discovered’ Abu Simbel in the early 1800s, leading to massive efforts to excavate and preserve the ruins of the great pharaoh’s monument to himself.

But it wasn’t until the 1950s, when the Egyptian government began drawing up plans for the Aswan High Dam, that preservation of Abu Simbel and other historic sites took on extra urgency. Planners knew the dam would flood the banks of the Nile, submerging the temples. So, the United Nations’ Unesco branch set to work on a solution to keep Abu Simbel preserved and accessible. In 1968, its first major project was to move the massive temples to higher ground. They succeeded, of course, safeguarding one of the world's great archaeological sites.

Out of this effort emerged Unesco's drive to protect the world's most important sites of both cultural and natural heritage. To date, Unesco has protected more than 1,000 World Heritage Sites across 167 countries that are considered to be “irreplaceable sources of life and inspiration”.