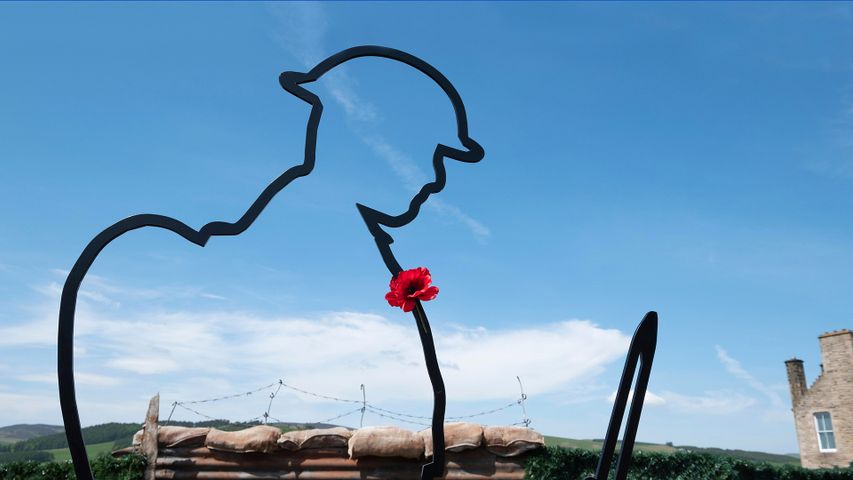 This silent soldier, pictured at Selkirk War Memorial, was one of thousands of silhouetted ‘Tommys’ which appeared at sites across the UK ahead of the 100th anniversary of the end of World War One in 2018. The There But Not There remembrance project grew from a 2016 installation in Kent. Artist Martin Barraud created clear silhouettes of 50 fallen soldiers from the small village of Penshurst, which were placed in pews in the local church - bringing their names off the lists of those killed in action, back into the community.

The idea caught on and silhouettes, both seated and standing, appeared in public spaces across the UK. Representations of the ‘Tommy’ figures are now made by veterans at the Royal British Legion Industries, to be sold to support the armed services community and as a way of remembering those who made the ultimate sacrifice. This year, with coronavirus restrictions in place, the Royal British Legion is asking people to observe the two-minute silence from their doorsteps on Armistice Day, also known as Remembrance Day.