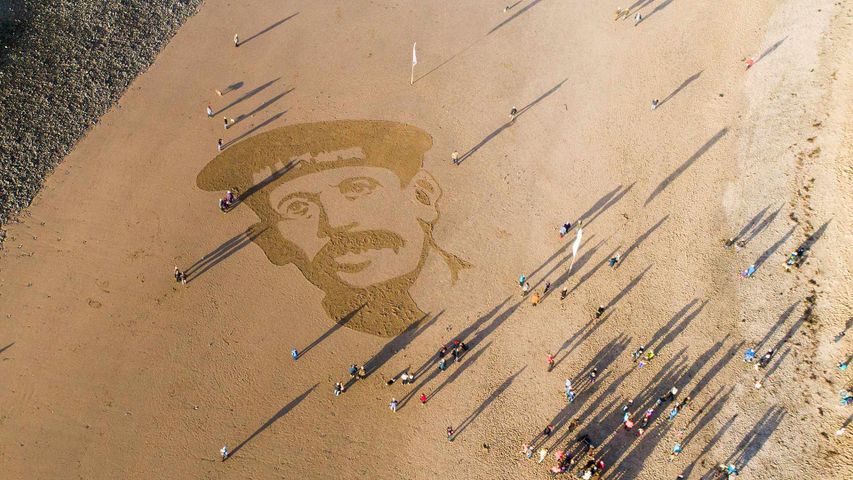 There have been some spectacular remembrance artworks in recent years as the centenary of World War One approached – including more than 800,000 ceramic poppies cascading out of the Tower of London in 2014. Today’s picture shows part of a more transient installation from 2018, the 100th anniversary of the signing of the Armistice. Thirty giant sand portraits of people who died during the war appeared briefly on 30 beaches across the UK’s coastline – only to be washed away again, when the tide came in.

This image on Ynyslas Beach in Ceredigion in Wales is of Royal Naval reservist Richard Davies, one of 15 men killed when the naval trawler Evangel hit a mine and sank in March 1917. The Pages of the Sea project, conceived by Danny Boyle, saw tens of thousands of people gather on beaches to help create art and remember those who left UK shores, many of them for the last time.