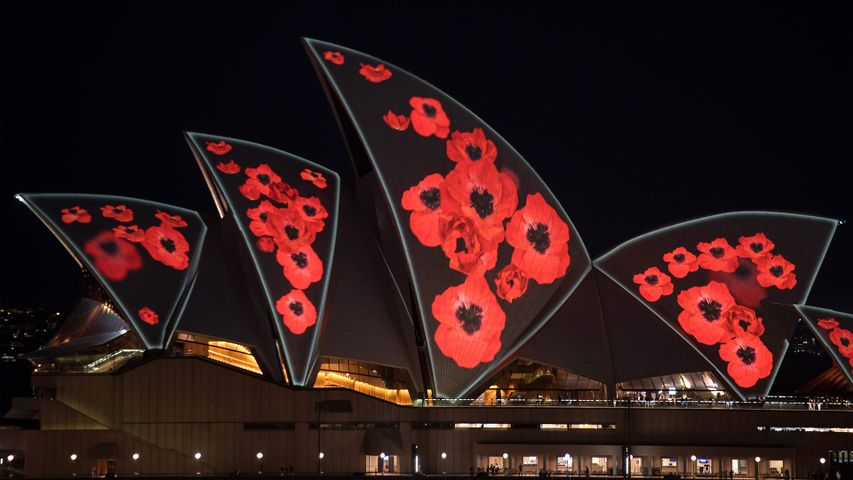 November 11 marks Remembrance Day - an opportunity to honour the 60,000 Australian men and women who served for our country during World War I, as well as all those who have served in various conflicts since. That’s why today we’re featuring Sydney’s iconic Opera House illuminated with the symbolic flanders poppy scattered across the building’s sails.

Why the poppy? History tells us that across northern France and Belguim, many fields and forests were torn up from battle - causing chaos for much of the soil, but also helping germinate the bright red flower. As a result, by the spring of 1915, poppies were spotted appearing across much of the land – thus over time becoming a symbol for those who had fallen. For all those who served for our country, lest we forget.