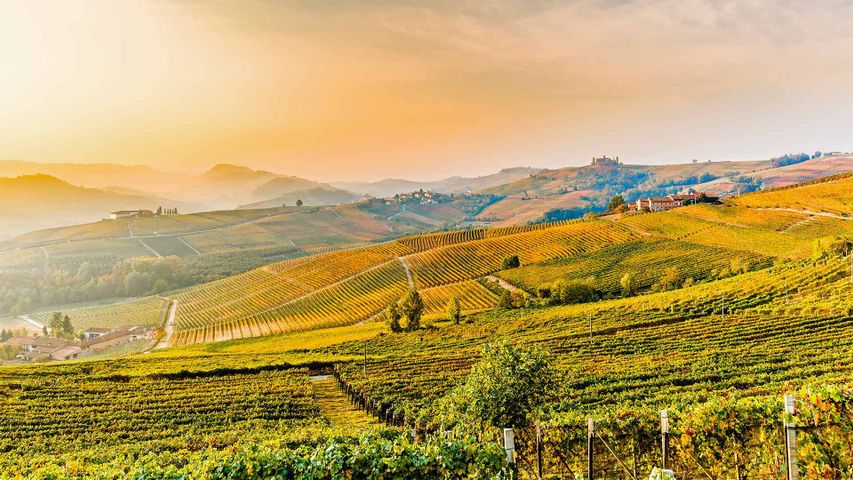 This beautiful fall scene is in the Langhe area of Piedmont, one of the great wine regions in Italy. More specifically, we're looking at the hills of Barolo, a town famous for its locally produced wine of the same name, made from Nebbiolo grapes. In addition to wine, Piedmont is known for its truffles, which are harvested this time of year. Piedmont chocolate is also highly prized. Bicerin, a popular coffee-chocolate drink from the city of Turin (which hosted the 2006 Winter Olympics), has been around since the 18th century. The piemontesi, as locals are called, know how to eat and drink. Salute!

The Washington Monument and US Capitol Building from the steps of the Lincoln Memorial, Washington, DC