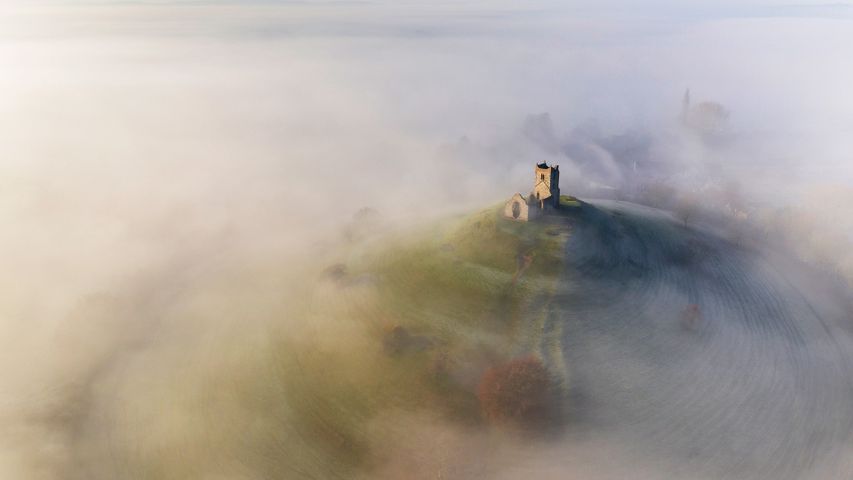 A lookout on the Levels. Looking out over the Levels

Rising above the swirling mist and the vast flat landscape of the Somerset Levels is Burrow Mump, topped by the ruins of St Michael’s Church. This natural 79ft hill would once have stood as an island in a marshy sea, but the area was drained in the Middle Ages by local monks to provide summer pasture and remains a patchwork of rivers and wetlands used for farming.

Burrow Mump (both words mean ‘hill’) has enjoyed an elevated view on history. It was probably used by the Saxons as a lookout post, Roman artefacts have been discovered here and the remains of a ‘motte’ castle date back to the Normans. The medieval chapel which replaced it would go on to offer a place of refuge for Royalist soldiers during the English Civil War in the 17th century.

Plans for a new church, the ruins seen in our homepage image, began more than 100 years later in 1793. But it was never completed - apparently due to a lack of funds - and remains roofless to this day. The ruins and hill were given to the National Trust in 1946, as a striking memorial to men and women from Somerset who were killed during the Second World War.