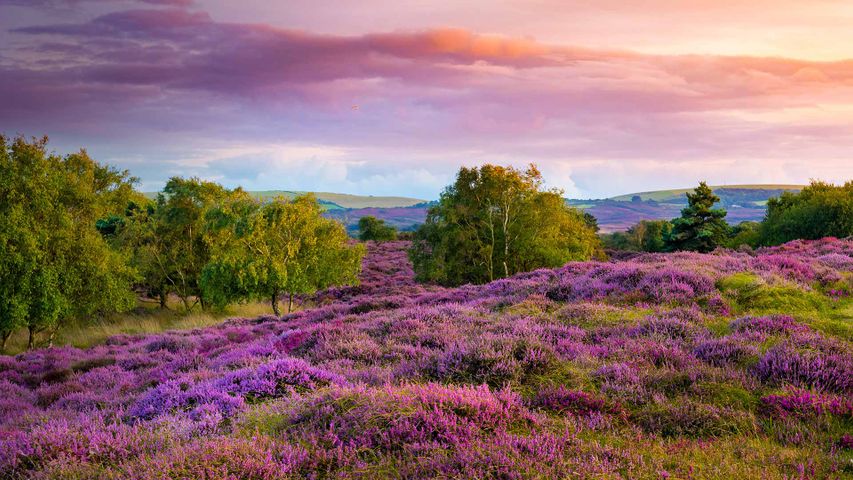 Purple and pink heather on heathland near Studland, Dorset

Heather on the hills

Carpeting this Dorset heathland is Calluna vulgaris – better known as common heather, or ling. Its coarse stems produce delicate pink flowers which are small but, due to their sheer numbers, can paint a landscape in shades of pink and purple. Often seen side by side with yellow gorse, the flowers brighten up wide areas including heaths, moors, bogs and clifftops. And it doesn’t just look pretty, heather is a food source for some sheep, deer and grouse and was historically used for thatch, fuel and fodder – as well as to make brooms. It’s also an important source of nectar for wild bees and other pollinators.

Heathland has been part of our landscape since the Bronze Age but has been in decline for more than a century, due to changes in agriculture and conifer planting and, on upland moorland, from grazing and burning. However, conservation efforts are under way to reverse the decline.