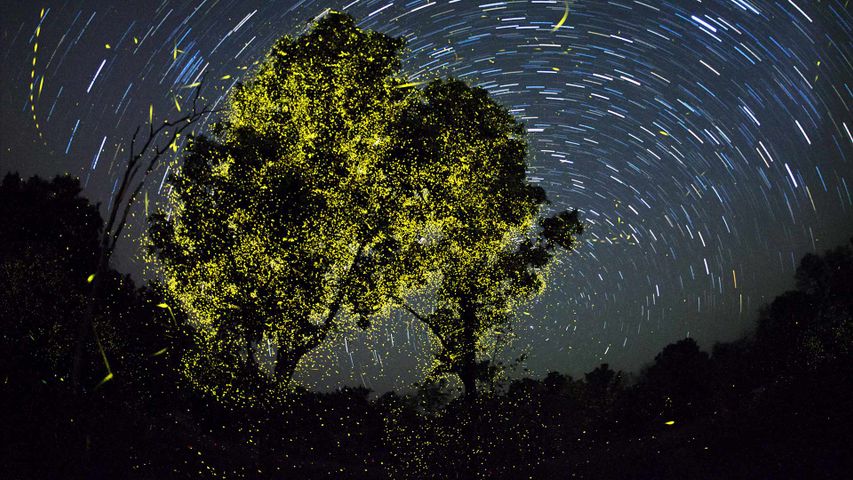 A magical display of nature

Just after the first monsoon, male fireflies tend to call out to their female counterparts using magical displays of colour (now who could resist that?). They use special organs in their abdomens to create these magical hues, turning some rural areas into a beautiful display of thousands of fireflies at night – a phenomenon called bioluminescence.

Especially on a moonless night, like today’s homepage image, the fireflies tend to show off even more (or is it just the lack of moonlight?). Add to that a touch of long exposure photography, and you are left with a stunning image of an exaggerated number of fireflies, and beautiful star trails drawn by the rotation of the earth while the picture was being made, over a period of hours!