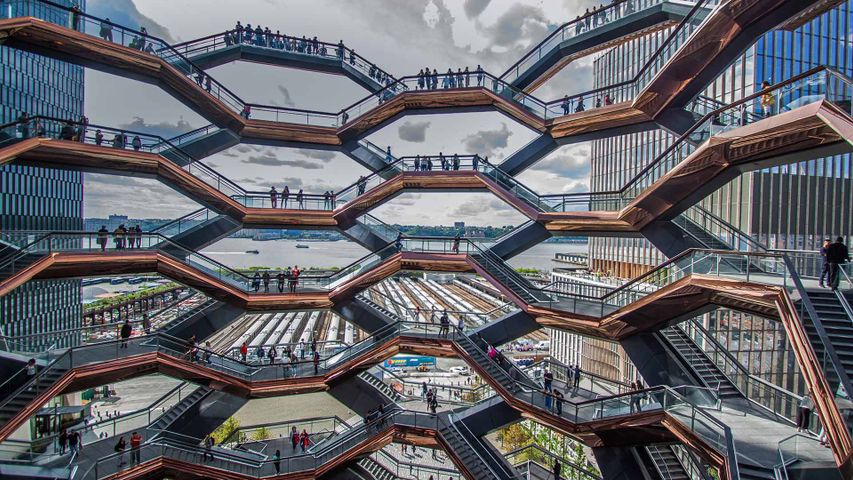 March 2019 saw the opening of a structure called 'Vessel' that overlooks the Hudson River in New York. 'Vessel' is a 16-story, honeycomb-looking staircase that’s meant to be climbed. Its 154 flights of stairs are interconnected, much like Indian stepwells, which lent inspiration to designer Thomas Heatherwick. Not to worry. For those who would rather skip the 2,500 steps, they can reach the top via elevator.We're looking at this ultra-modern landmark to acknowledge how much has changed in the 410 years that have passed since 17th century English explorer Henry Hudson first 'discovered' Manhattan. In early September 1609, Hudson guided the Dutch ship Half Moon up into the 'north river' from New York Bay at Manhattan Island, looking for a passage to the Pacific Ocean. He ended up at modern day Albany, but the river that's such an essential part of Manhattan's identity, now bears his name.