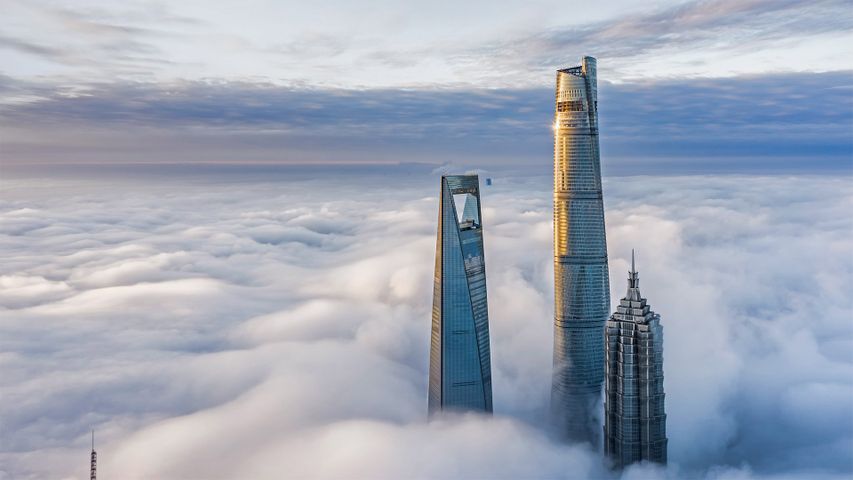 Piercing the clouds above Shanghai, each of these three super tall spires could be seen as a freeze-frame of China's swift economic growth in the past couple of decades. Jin Mao Tower (right, 1,380ft) was China's tallest building from 1999 until the Shanghai World Financial Centre (left, 1,614ft) opened in 2007 and took the title. Shanghai Tower (centre, 2,139ft) topped out in 2013, besting its neighbour and becoming the second-tallest skyscraper in the world (behind Dubai's Burj Khalifa).

The Shanghai Tower is considered a 'megatall' building - a technical term, which means that it's over 600m (or 1,969ft). The structure has struggled to enlist tenants since its 2016 opening, owing partly to its clever inline-twist design that protects it from strong winds but makes floor plans rather irregular.

About 50 of 128 floors were unrented as of 2019, a slow start that may have influenced China's April 2020 decree limiting skyscraper height to 500m (1,640ft) and encouraging lower-rise designs with more traditional Chinese aesthetics. Regardless, Shanghai Tower's observation deck, at more than 1,800ft above street level, has become one of the hottest attractions in the ancient city.