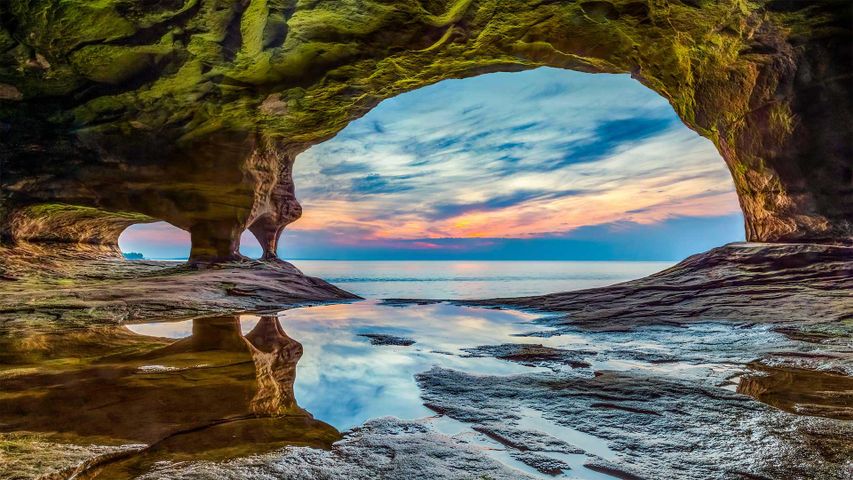 We're looking out from a cavern at Pictured Rocks National Lakeshore in Michigan's Upper Peninsula. The area's named for its colorful sandstone cliffs, which stretch for 15 miles along the shores of the largest of the Great Lakes, Lake Superior. As groundwater leaches out of the rocks, it carries minerals such as iron, manganese, and copper that paint the cliffs in shades of red, pink, black, green, and other colors. The park itself, which is roughly the size of five Manhattans, boasts waterfalls, beaches, and rock formations—some resembling human profiles and castle turrets—carved over time by relentless waves and the unforgiving weather of Yooper Country.