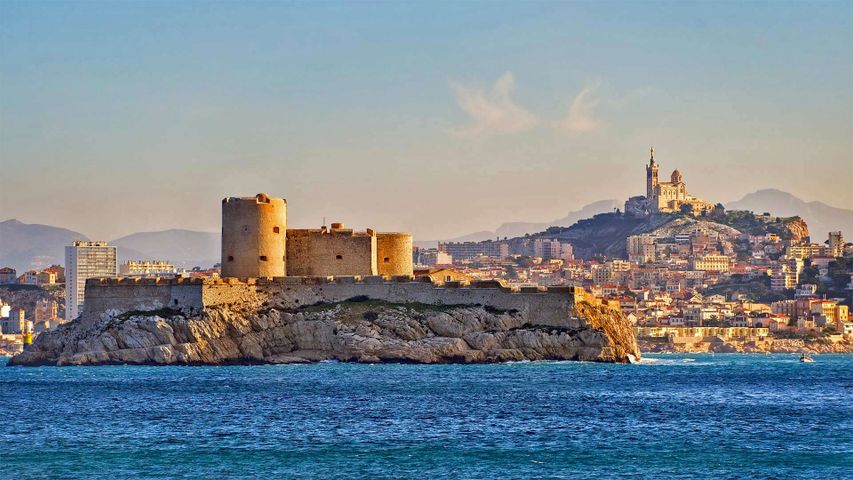 Château d'If, off the coast of Marseille, France, was built beginning in 1524 as a fortress by King Francis I. The tiny islet in the Mediterranean Sea was chosen as the site for the fortress because of its steep cliffs and strategic location near the busy port of Marseille. While the 'château' never gained fame defending the ancient port (since it was never attacked), it did become notorious as a prison. Surrounded by treacherous currents—like Alcatraz in San Francisco—starting in the late 16th century it was a dumping ground for political and religious prisoners. As far as official records go, none of the prisoners condemned there ever escaped.

However, there is the famous tale of an escape from the château by one Edmond Dantès. He's the titular hero of the Alexandre Dumas novel, 'The Count of Monte Cristo,' which was published in serialized fashion beginning on August 28, 1844. Though Dantès is a fictional character, the modern Château d'If maintains a prison cell named after him as a tourist attraction. The nearly perfectly preserved castle is just a short ferry ride from the docks of the old port of Marseille.

The Garden of the Palazzo Corsini al Prato in Florence, Italy, for the New Generation Festival