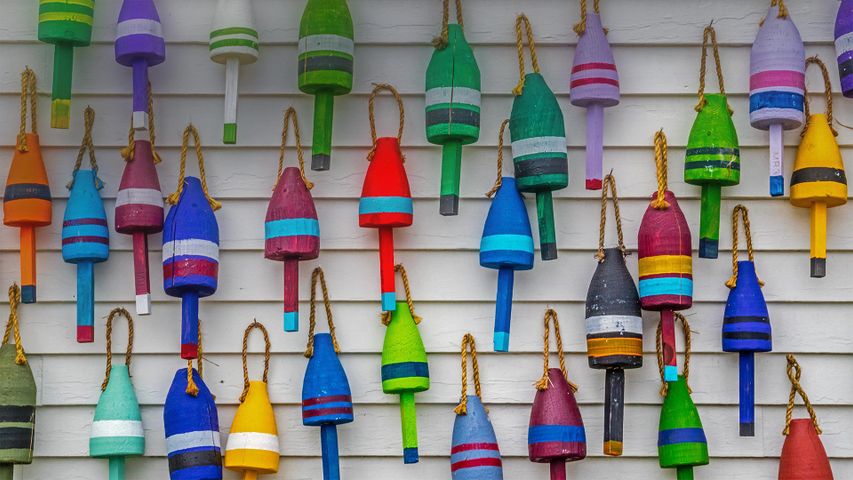 It’s peak lobster season in Maine, and colourful wooden buoys like these are marking lobster traps (or 'pots') along the state’s coastline. Each fisherman or woman has a unique colour and pattern to their buoys, and designs are frequently passed down through generations. While practical, lobster buoys hanging from the sides of barns and sheds are also an iconic site along coastal Maine.

The state of Maine is known as Vacationland for a reason—it has a year-round population of just 1.3 million people, but it welcomes more than 10 million visitors in a typical summer. And for most, a visit to Maine isn't complete without a taste of broiled lobster tails, lobster bisque, or lobster rolls. The sweet lobster meat (dipped in butter, of course) wasn’t always so revered. Lobster were once considered trash fish; they were so abundant they'd wash up on beaches, were fed to prisoners, and were used as fish bait and fertilizer. Feelings toward lobster changed in the mid-19th century with the invention of a boat that allowed fishermen to keep lobsters alive while transporting them. Soon, discriminating diners in New York and Boston put the lowly lobster on a culinary pedestal.