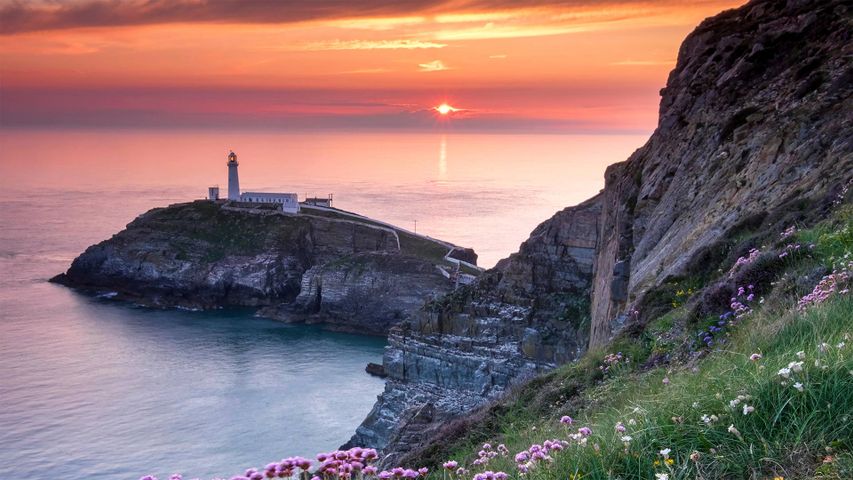 We’re gazing out from the towering South Stack cliffs on Holy Island off Anglesey, on the north-west coast of Wales. The dangerous waters here on this busy shipping route prompted calls for a lighthouse to be built as far back as 1665 – but it would be 1809 before one was finally installed. Building it must have been pretty hair-raising – with no bridge to link Ynys Lawd, the small rocky island it sits on, to Holy Island until 1828, men and materials would have swung across the 30m wide channel of turbulent sea, in a basket sliding on a cable.

These days, South Stack Lighthouse is run remotely, all the way from Essex, by Trinity House (the lighthouse authority for England and Wales) and the original Argand oil lamps and reflectors have long since been replaced with electricity. But it is still guiding mariners around the coast of Anglesey, as well as being a popular visitor attraction. Getting to the bridge involves climbing down 400 steps carved out of the cliff face but there is plenty to see on the way. The RSPB nature reserve on the sea cliffs mean that over the spring and summer, thousands of seabirds, including guillemots, razorbills and puffins gather here – while the rare chough can be spotted all year round. Wildflowers grow on the cliffs, including the rare spathulate fleawort, which can only be found around South Stack.