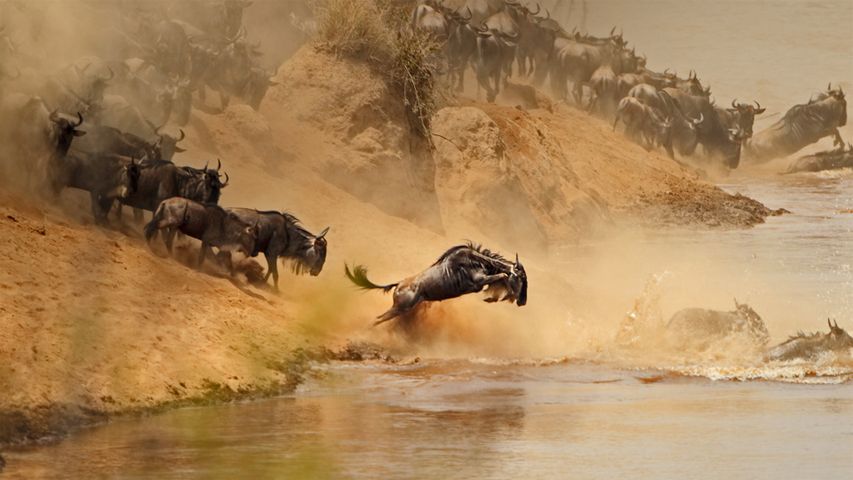 Running wild. Look before you leap

There’s no rest for these wildebeest as they cross the crocodile-infested Mara River between Kenya and Tanzania. Each year, as many as 1.5 million wildebeest move through this region, travelling some 800 miles as they seek out lush, green grass and fresh water. They have no leader as such, instead herd mentality guides them as they thunder across the Serengeti. They can run at up to 50mph, which is just as well because it is not just the crocodiles that are after them - cheetahs, leopards and lions are among their predators.August often finds wildebeest here in the Northern Serengeti Plains, where safari-goers can also see some 200,000 zebras as well as smaller numbers of gazelles and elands that accompany the herd, perhaps to make it more difficult for predators to pick them off. The great number of animals makes this phenomenon one of the largest land migrations on Earth, often called the ‘World Cup of Wildlife’.