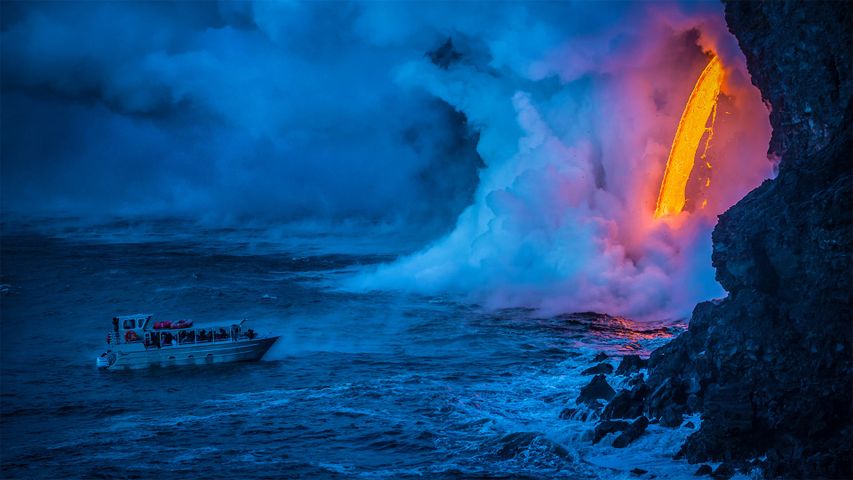 'Keep your distance' might be the mantra for 2020, but here at Hawaii Volcanoes National Park, it's always been good advice. Especially so for the passengers on this tour boat as they witness a red-hot lava flow hitting the chilly ocean with a tremendous explosion of steam.

We're visiting to mark the anniversary of the park's founding on August 1, 1916. Established some 34 years before Hawaii’s US statehood, Hawaii Volcanoes was the first national park in a US territory. It's centred around two volcanic systems: Mauna Loa, one of the world's most massive volcanoes, and the highly active Kīlauea, which erupted continually from 1983 until an explosive 2018 eruption that calmed it for the time being.