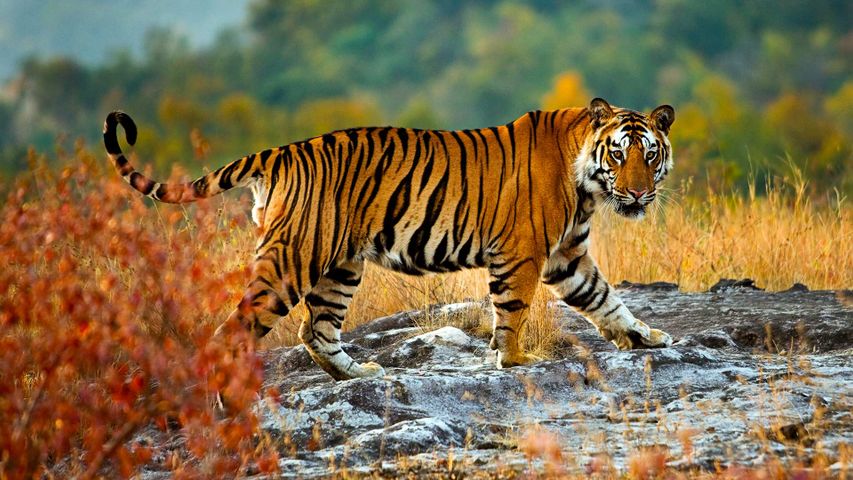 Tiger on the prowl

International Tiger Day was initiated in 2010, at the Saint Petersburg Tiger Summit. This annual event observed on 29 July aims to create awareness on tiger conservation. Its primary objective is to preserve the natural habitat of the tiger. While India is home to 75 per cent of tigers in the world, the Global Tiger Day, as it is also known - sees awareness events organised in the country, as well as neighbouring Bangladesh and Nepal.

India takes a tiger census every four years, and the numbers show us that conservation efforts have paid off – from a count of 1411 tigers in 2006, the last census in 2019 shows us more than a double, at 2967 tigers in the country.