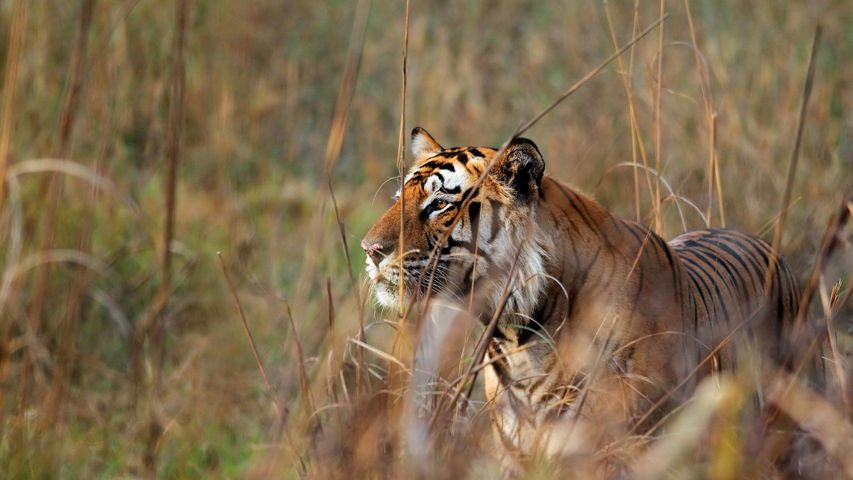 Still endangered, the majestic Bengal tiger. A tiger on the hunt in MP

The Global Tiger Day, also known as International Tiger Day, is an annual observance initiated in 2010, to raise awareness on tiger conservation. India is home to about 70% of the tiger population of the planet. The government makes an attempt to number the tigers in India every 4 years, and statistics have shown a promising increase from 1,411 tigers in 2006, to 1,706 in 2010 and 2,226 in 2014. The current population is estimated to be around 4,000, while some believe it may be closer to 3,000, given the recent rise in poaching in the country.