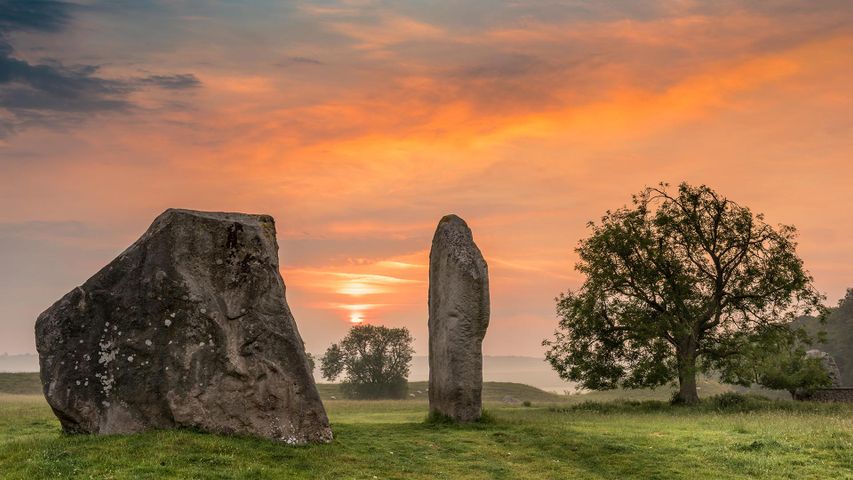 Dawn breaks over the ancient Sarsen Stones at Avebury, Wiltshire, at Summer Solstice

The longest day. The ancient stones of Avebury

Summer Solstice at Avebury and its better-known neighbour to the south, Stonehenge, will be a much quieter affair this year, due to the ban on mass gatherings. Usually the prehistoric stone circles, within 20 miles of each other in Wiltshire, attract crowds gathering to celebrate the longest day of the year and the arrival of summer in the northern hemisphere. This year the solstice – the moment the northern hemisphere is most tilted towards the Sun – falls at 10.43pm in the UK on 20 June and English Heritage will be live streaming the event at Stonehenge so people can enjoy the sunset and the following sunrise from home.

The ancient Sarsen stones at Avebury pictured here were erected over hundreds of years between 2850BC and 2200BC, possibly for rites and ceremonies. Avebury has three circles – two inside what is thought to be the world’s largest prehistoric stone circle, which surrounds the village. Evidence of a square shaped stone monument was also discovered there in 2017 proving that, even after 4,000 years, Avebury still has secrets to reveal.