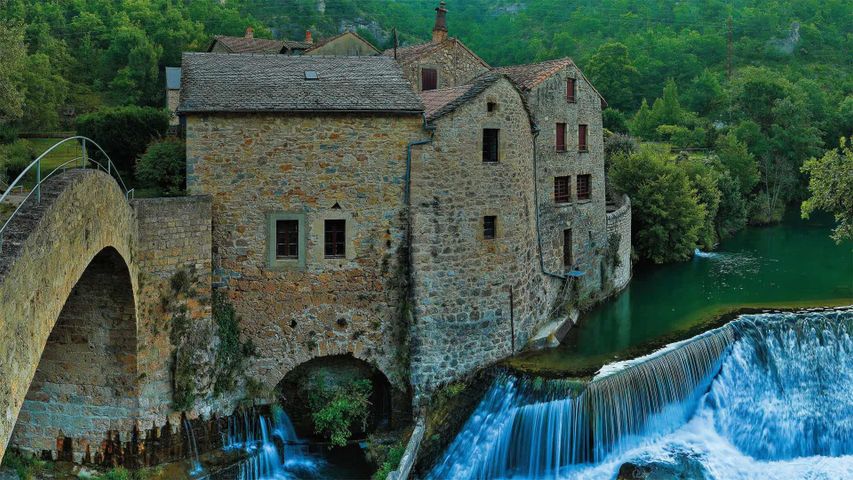 A gorge-ous mill in the Causses

It may look peaceful now, but on warm days the river below this mill attracts swimmers, kayakers, and the occasional sport fisherman. Moulin de Corps (Corps Mill) connects to a stone bridge that spans the Dourbie River in a gorge deep within the Grand Causses Regional Nature Park of southern France. Built by a French lord in the 14th century, the mill originally produced flour. But by the 20th century it had been converted to the private residence we see in today's picture. The Grand Causses Regional Nature Park is home to hundreds of mills like this one, examples of a cultural heritage that can still be found throughout the Mediterranean agro-pastoral landscape.