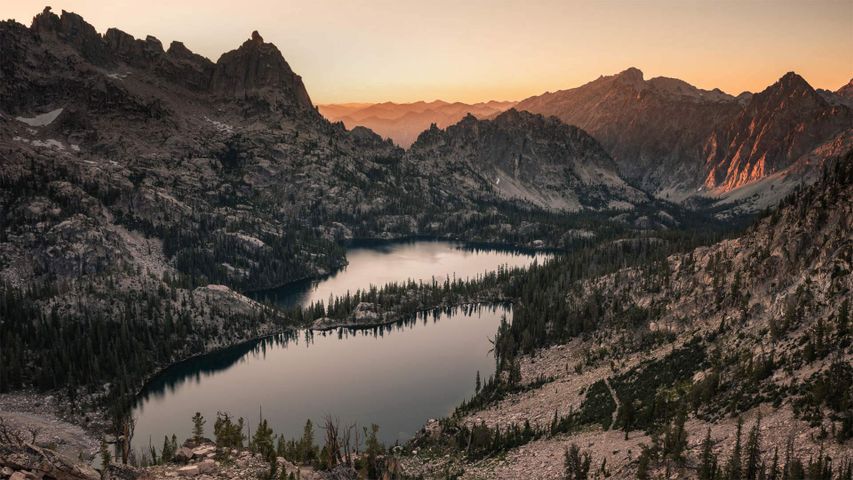 Idaho is called the Gem State for its abundance of precious and semiprecious gems, but the moniker could also apply to its many lesser-known, yet spectacular natural landmarks—hidden gems like you see on today's homepage. This is Upper Baron Lake (foreground) and Baron Lake in the rugged Sawtooth Wilderness of central Idaho. It's just a snippet of the nearly 5 million acres of designated wilderness that belong to the Gem State. Other highlights include Hells Canyon, the deepest river gorge in North America—at 8,000 feet deep, it surpasses even the Grand Canyon. And in southern Idaho you'll find Shoshone Falls, which towers 45 feet higher than Niagara Falls, earning it the nickname Niagara of the West.