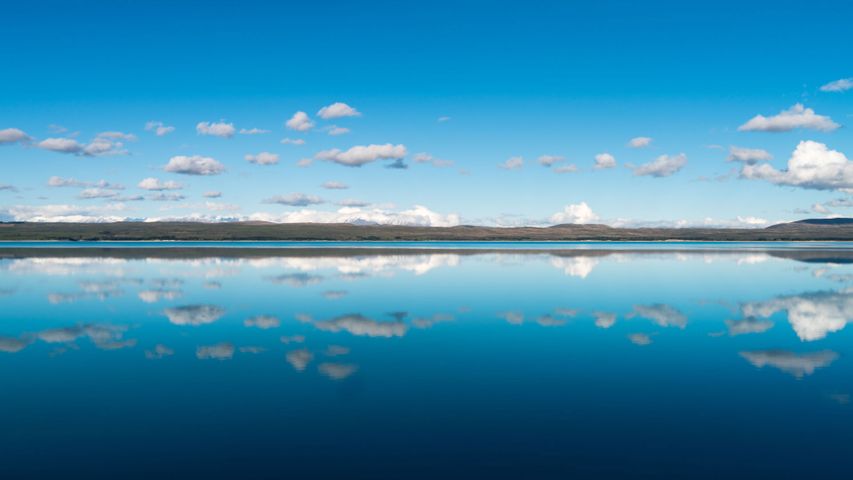 The glaciers in New Zealand’s Southern Alps have ground away at the bedrock below, pulverizing the stone into ‘rock flour,’ which flows into the waters of Lake Pukaki. The particulate is light enough that it becomes suspended in the water, turning the lake into a glimmering blue gem. It’s so striking that film director (and New Zealand native) Peter Jackson chose Pukaki as the setting for Esgaroth, aka Lake-town, a location in ‘The Hobbit’ film trilogy.