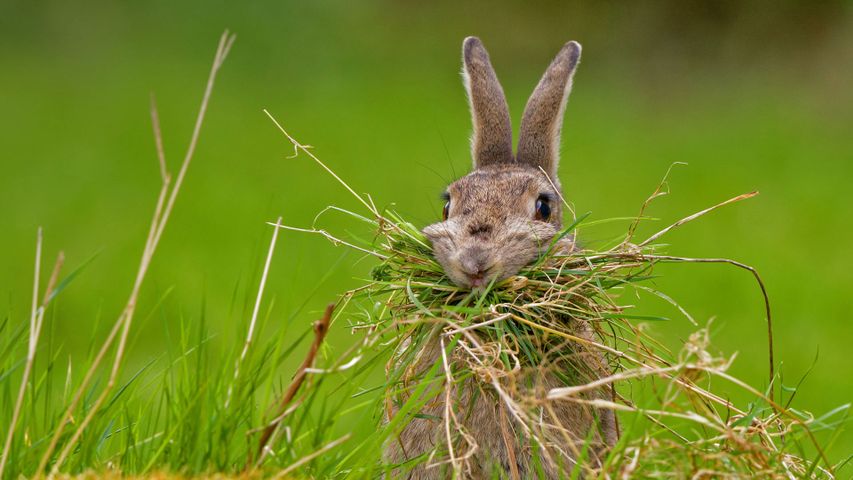 In honor of International Rabbit Day, here’s some little-known rabbit lingo: Male rabbits are known as bucks, females are called does, and their babies—born furless and blind—are called kittens. They’re likely to have many siblings. A rabbit’s pregnancy lasts only about one month, and it can become pregnant again—with up to 14 kittens—almost immediately after. And just a few months after that, the females among those offspring may get pregnant themselves and have their own litter of kittens, and those female kits will soon get pregnant, and so on… Just like rabbits.