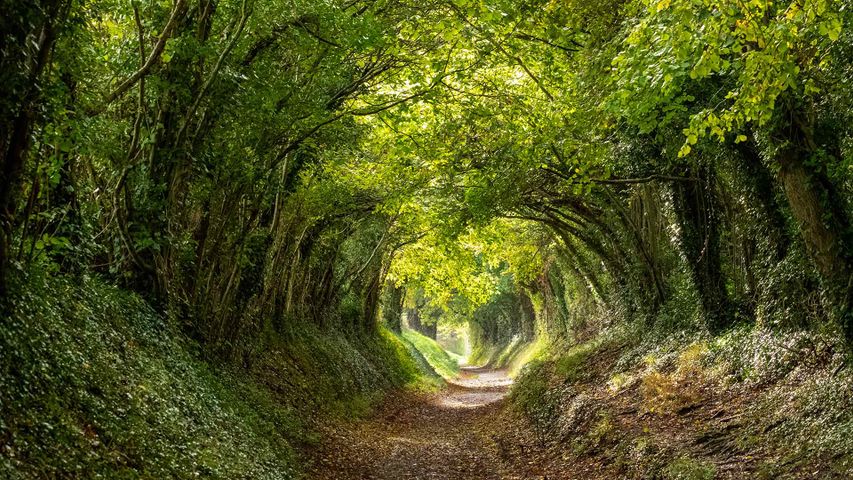 Light at the end of the tunnel

Let’s take a virtual stroll down this eye-catching tree tunnel, on Mill Lane in Halnaker, West Sussex - a path so well-trodden it has sunk beneath the level of the surrounding banks. Mill Lane follows the ancient Roman road between London and Chichester and those stepping beneath its spectacular tree canopy may feel like they are stepping back in time.

Through the tunnel and out onto the South Downs, there’s chalk grassland teaming with wildflowers and butterflies and the Grade II listed Halnaker Windmill, 127m above sea level. The windmill is a West Sussex landmark - although it hasn’t worked since being struck by lightning in 1905. The top of the hill is also a scheduled ancient monument due to a Neolithic earthwork structure. Alongside the history, there’s plenty of folklore around the South Downs’ ancient mines, barrows and hill forts (the old Sussex name for fairies is pharisees) and the heavily canopied Mill Lane certainly has a fantastical feel about it.