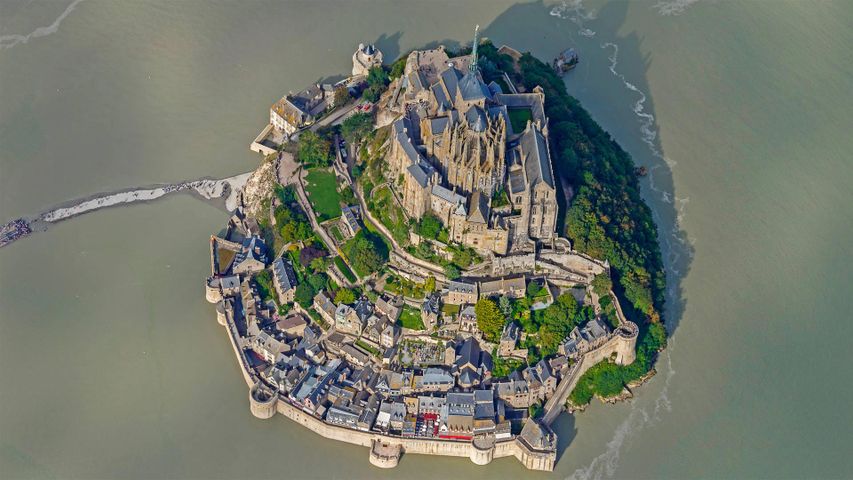 Considered by many to be one of the most beautiful marathons anywhere, the Marathon de la Baie du Mont Saint-Michel has attracted runners from around the globe to this Unesco World Heritage site. The point-to-point route for the marathon was designed so runners can see the finish line at the base of the Mont Saint-Michel Abbey from the starting line, on the western side of the bay, and points along the way. But you don't need to be a runner to enjoy this historic location. Every year more than two million people travel to the tidal island, making it one of the top tourist destinations in France.