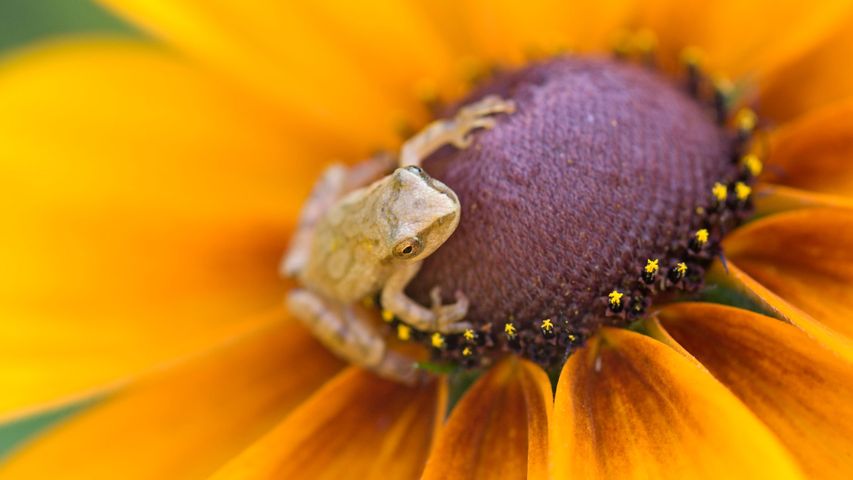 An expert at blending into its surroundings, spring peepers are small treefrogs that can rarely be seen but can often be heard every spring. A loud, high-pitched whistle is their breeding call during mating season this time of the year. They tend to live in grassy lowlands, near swamps and ponds and are distributed in parts of central and eastern Canada. Given their ability to camouflage, spring peepers blend well into the forest debris, often hiding under leaf litter. While they hide in the day, they emerge at night, in search of ants, spiders, beetles and flies.