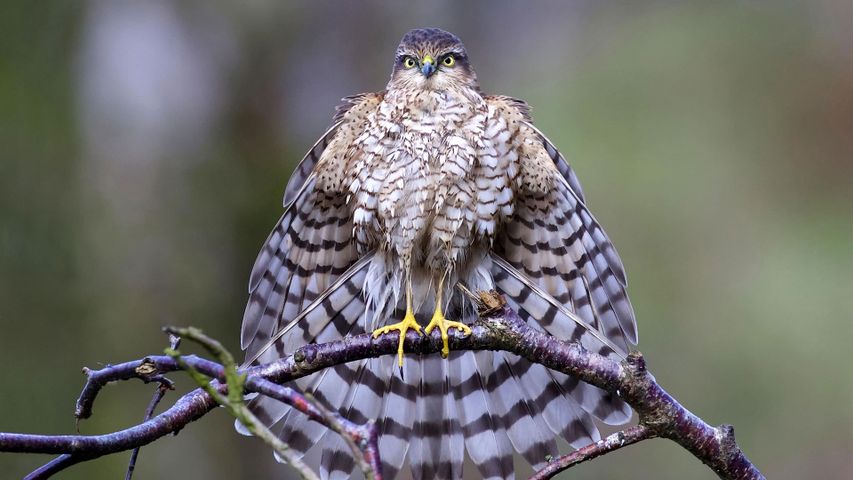 It’s not called a sparrowhawk because of its resemblance to sparrows, but because this bird of prey hunts sparrows, as well as starlings, wood pigeons, and other small birds. If that sounds harsh, the appearance of a Eurasian sparrowhawk on the edge of a wood doesn’t mean certain death for unsuspecting sparrows. The sparrowhawk succeeds in capturing its prey only about 10 percent of the time. To better its odds even more, a threatened sparrow may want to squawk like a parrot, particularly today, on Talk Like a Pirate Day.

Starlings in the wetlands between Denmark and Germany