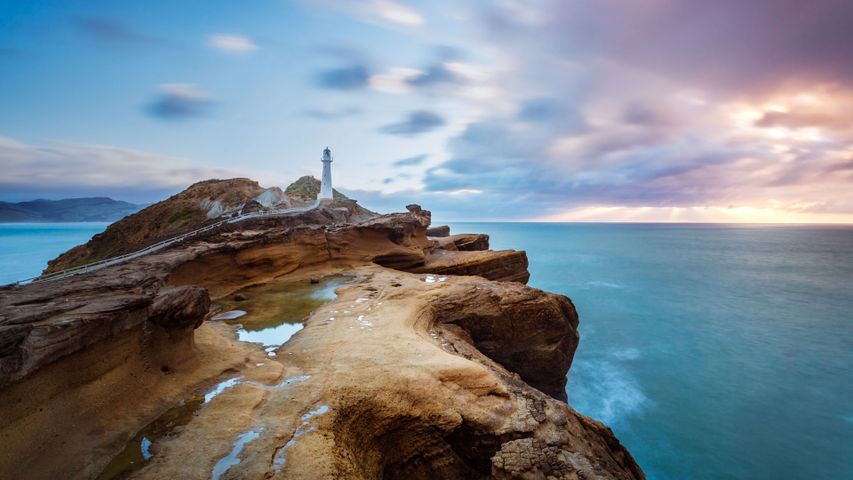 In the language of the indigenous Māori people, the name for this part of the New Zealand coast translates as ‘where the sky runs.’ The Castle Point Lighthouse has stood here since 1913, guiding sailors on their way to Wellington Harbour. Unlike many lighthouses from that time, Castle Point was near a school, which was a perk for the lighthouse keeper’s family. These days, the light is fully automated. It’s known among vacationers as ‘the holiday light.’