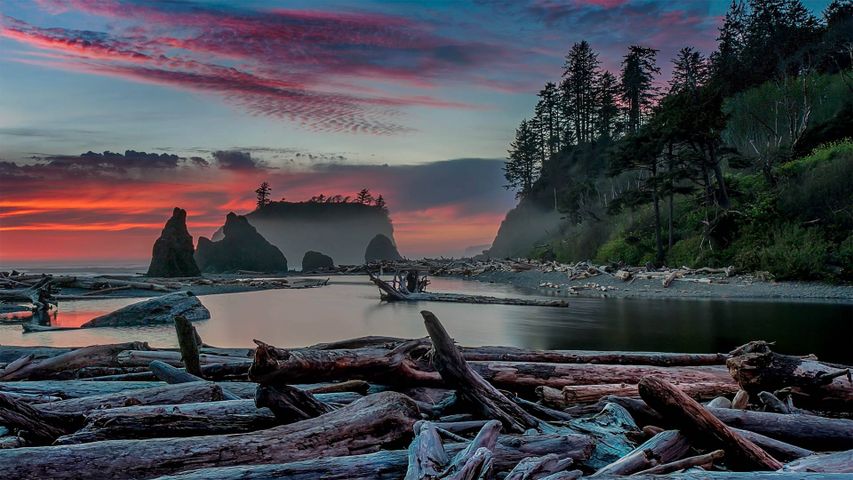 Reddish crystals in the sand inspired the name of Ruby Beach, one of the coastal stops within Olympic National Park in Washington state. A few kilometres from the shore is Destruction Island, where birds such as rhinoceros auklets may stop and rest after a day of gobbling up krill and squid in the cold Pacific waters. While the park includes plenty of colourful Pacific coastline, it's also famous for the Hoh Rainforest, an inland temperate forest notable for its towering old-growth hemlock and spruce trees.