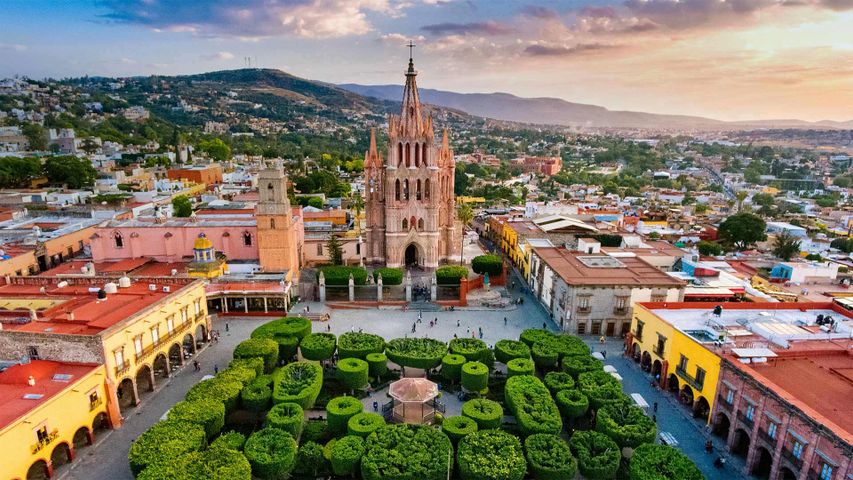 For Cinco de Mayo, we’re in San Miguel de Allende, a colonial-era city that’s ramping up for a special year. Located in eastern Guanajuato, Mexico, it was named the American Cultural Capital in 2019 in celebration of its cultural heritage. This honour is given by an Non-Governmental Organisation called the International Bureau of Cultural Capitals, and it goes to one city from North, Central, or South America each year. The recognition comes with tourism marketing about the city in dozens of countries around the world, so others will learn about San Miguel de Allende’s many cultural charms and special events.This city’s history makes it a perfect destination to celebrate Cinco de Mayo. Spanish for ‘Fifth of May,’ the holiday commemorates the Mexican army’s 1862 victory over France at the Battle of Puebla. The victory was especially significant because the Mexican army overcame France despite having a much smaller, less equipped army. Symbolically, it provided hope for the resistance, even after the French later took over Mexico City. These days, Cinco de Mayo is more widely celebrated in America, where it’s regarded as a celebration of Mexican culture. Will you celebrate Cinco de Mayo?