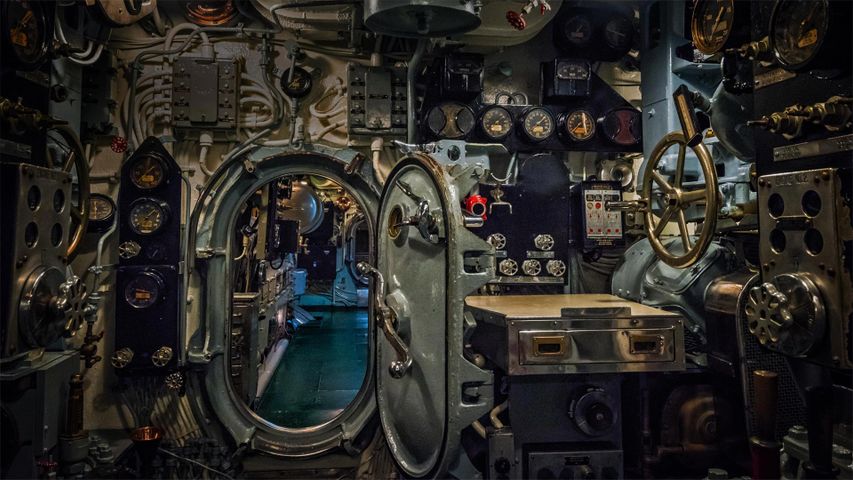 Some of you Navy vets—and fans of '20,000 Leagues Under the Sea,' 'The Hunt for Red October,' or 'Das Boot'—might get a familiar wave of claustrophobia from today's picture. For National Submarine Day, we're in the forward engine room of the USS Drum, a historic US Navy submarine displayed at Battleship Memorial Park in Mobile, Alabama. The Drum was the first deployed of the Gato-class subs—the line of boats that, with variations, made up most of the US submarine force during World War II. Decommissioned shortly after the war, the submarine is now in dry dock and open for public tours.

Submersibles and the US military have a long past together: American revolutionaries deployed the Turtle, an experimental combat sub, in 1776, and the USS Alligator was launched in 1862 as the Navy's first official underwater vessel. But it was on April 11, 1900, that the Navy acquired its first modern submarine, the USS Holland—ushering in the submarine fleet that today consists of more than 60 nuclear-powered boats.