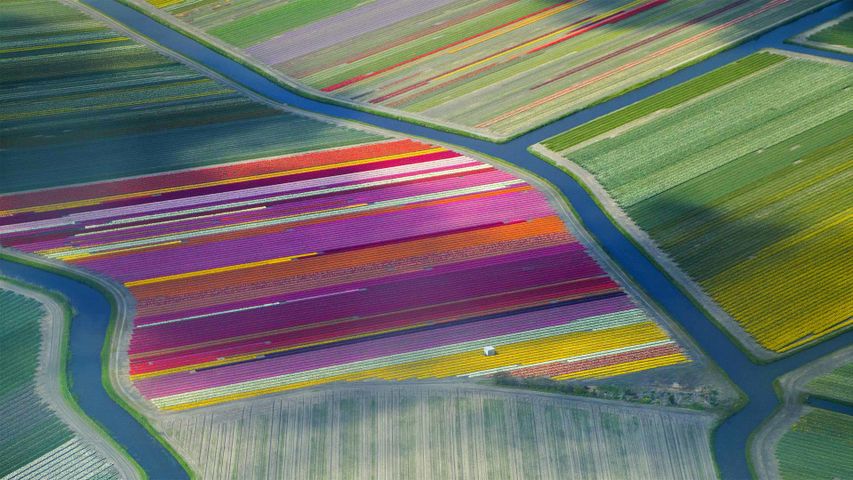 With tulip fields in bloom across the Netherlands, like this one in the Duin- en Bollenstreek (Dune and Bulb) region, we're flinging ourselves into spring for the month-long Amsterdam Tulip Festival. Since the days of ‘tulip mania’ in the 1600s, the Dutch have remained wild about the colorful perennial, which was first cultivated in Persia in the 10th century. Visitors to the Amsterdam Tulip Festival this month can see the blooms at more than 85 locations throughout the region. The biggest and most famous displays will be at Keukenhof outside Amsterdam, which this year is celebrating the 70th anniversary of its public tulip beds. This 'Garden of Europe' is one of the world's largest flower gardens with 800 varieties of tulips and more than 7 million flowering spring bulbs each year. But don't tarry, while the flower power is strong here, tulip season doesn't last long.