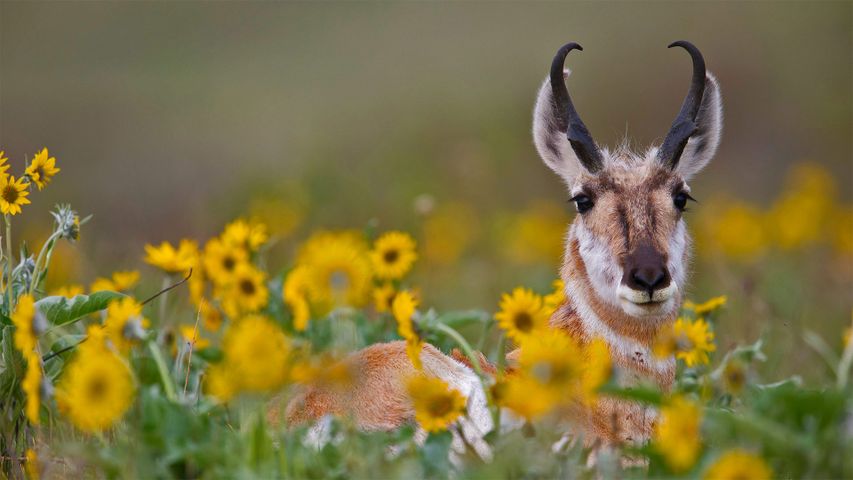 March of the pronghorns

As spring flowers bloom in the northern hemisphere, herds of pronghorns in the mountainous western US state of Wyoming migrate north from their winter grounds to Grand Teton National Park. This 240-kilometre journey across public and private land has been dubbed the 'path of the pronghorn' and has been followed since prehistoric times. Today, though, fences, roads and other man-made barriers have made this well-trodden path more perilous. To help, wildlife corridors are being created over roads and under bridges to make it safer for pronghorns to follow one of the longest migration corridors for large mammals in North America.