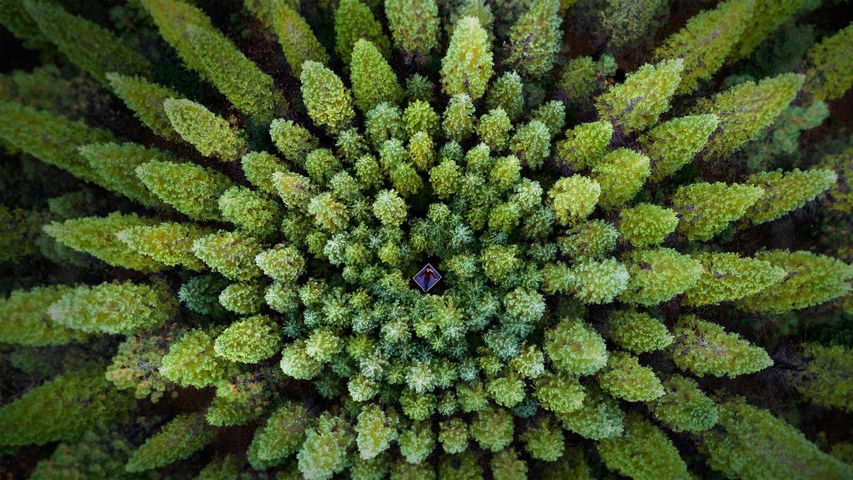 Branch out for Earth Month. Taking the forest to the cloud

For Earth Month, we’re highlighting the power of trees, which help to clean our air and watersheds while providing habitat for myriad species, including our own. In urban areas, trees provide unique benefits by cooling area temperatures, producing oxygen, increasing property values, and generally improving the scenery.Interestingly, most trees in the United States are in forests, while in Australia, native forest represents around 19% of the country’s land area (as of 2009). But forests still face a variety of threats, from invasive species to disease and climate change. Given these threats, some scientists are turning to modern technology to measure forest health. For example, the experimental planting featured on our homepage today is called a Nelder plot, in which trees are planted at the intersection of concentric arcs and linear spokes. The design allows researchers to study the effects of many different planting densities in a single plot. In another example, a company called SilviaTerra uses satellite imagery and artificial intelligence to create detailed maps of US forests that conservationists, governments, and landowners can use to develop management plans.