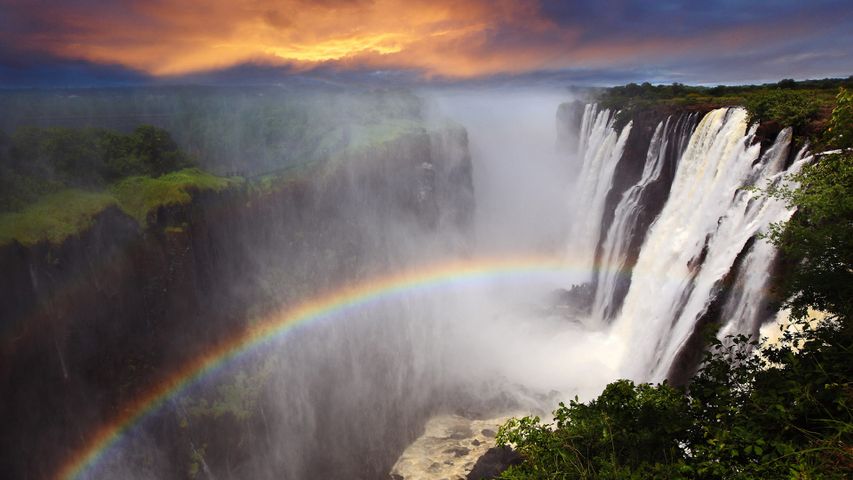 April showers bring rainbows and on 3 April it's Find a Rainbow Day. Our homepage rainbow is at Victoria Falls on the Zambezi River, on the border between Zambia and Zimbabwe. Scottish explorer David Livingstone named it in honour of Queen Victoria, although it's also known by its indigenous Lozi name, Mosi-oa-Tunya, which means 'the smoke that thunders'. According to some records, local villagers described the waterfall to Livingstone as 'Seongo' or 'Chongwe', which means 'the place of the rainbow', because rainbows appear in its spray. Under a bright moon, you might also see a 'moonbow' here.