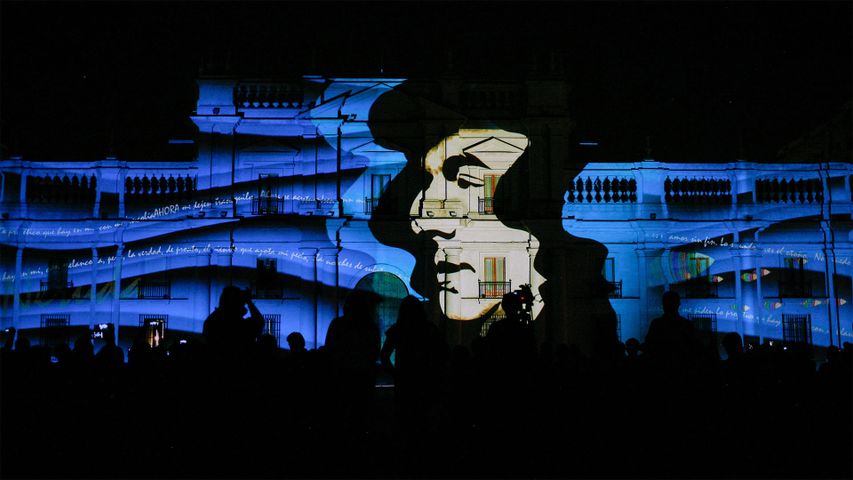 Portrait of poet Pablo Neruda projected on a building in Santiago, Chile

For World Poetry Day, we're seeing the stylised visage of poet Pablo Neruda projected on a building in his native Chile. World Poetry Day was established by UNESCO to acknowledge 'that individuals, everywhere in the world, share the same questions and feelings'. Neruda, a Nobel laureate generally held up by Chileans as their national poet, made his early mark with famously racy love poetry. But his palette of questions and feelings evolved, expanding into surrealism, epic history, and radical politics. His death in 1973 after a bout with cancer was mourned publicly by Chileans - in defiance of newly installed dictator Augusto Pinochet, whom many Chileans link to Neruda's untimely passing.

For World Poetry Day, UNESCO encourages embracing the tradition of reciting poetry for an audience - so keep your eyes peeled for poetry slams and other gatherings of language lovers sure to take place around the world today.