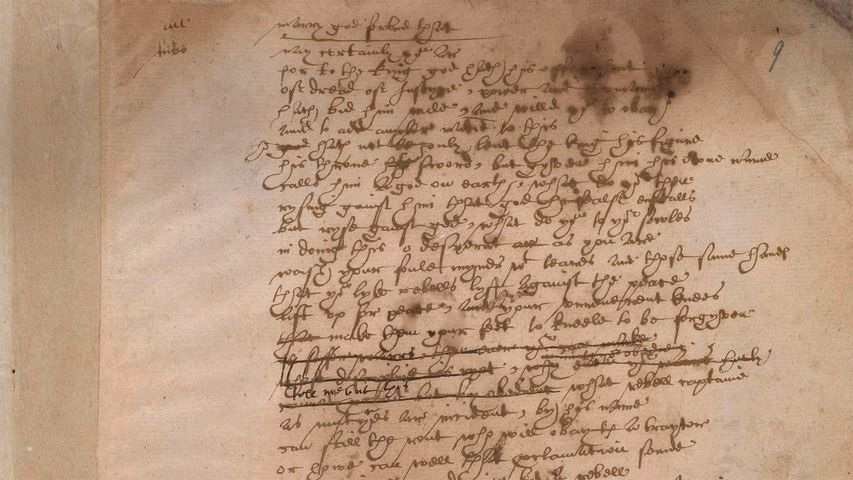 '…and write my mind.' It's Shakespeare Week in schools across the U.K., so we're field-tripping to the British Library for a peek at the only surviving specimen of what's thought to be playwright William Shakespeare's handwriting (if you don't count legal documents). The scratchy cursive is inked within the script of Anthony Munday's 'Sir Thomas More,' a then-controversial play about a king-defying statesman. In 1603, the censorious royal Office of the Revels brought in Shakespeare among a team of writers to retool the script. But if Shakespeare's task was to tone things down, he may have had other ideas: his three-page addition includes an impassioned speech by the title character to a mob that's rioting over immigration policy.

So, to recap: Shakespeare worked as a script doctor for picky producers and used his writing to chime in on hot-button politics. If that all sounds more 2020 than 1600, remember this: Shakespeare not only shaped literature as we now know it, he originated or popularized many household words of today (including the phrase 'household words,' per some sources). Whether modern times have you 'zany' with 'amazement' or so 'jaded' you're 'puking,' there's a decent chance you have the Bard to thank for your word choices.