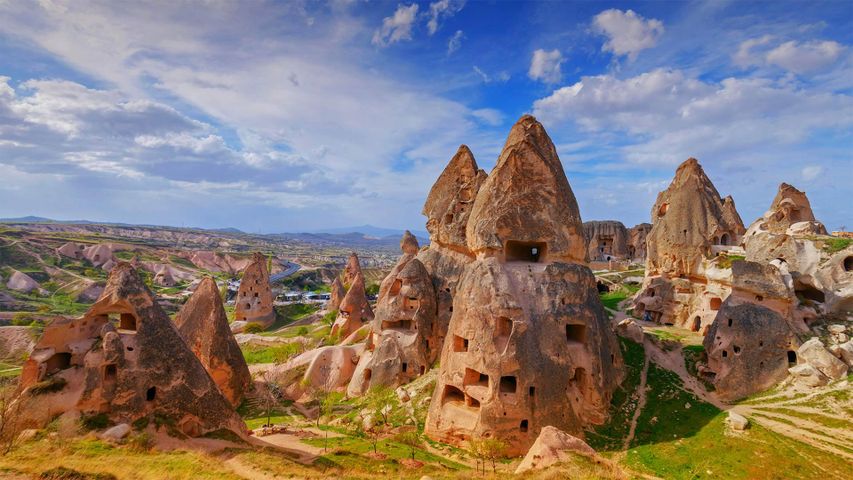 And to think that I saw it in Cappadocia

The fantastical 'fairy chimneys' found in central Turkey's historic Cappadocia region were formed by a collision of the natural and the man-made—and they form a scene that seems straight out of a Dr. Seuss illustration. The landforms were created when volcanoes deposited mounds of soft, porous rock called tuff, which was later covered with hard basalt. In the 10th century (though possibly starting up to 5,000 years ago) humans excavated the tuff to create caves and catacombs that could fit thousands of dwellers. Through not only the astonishing ruins but the many 'cave hotels' hewn into rock in the city of Göreme, the memory of those ingenious city planners lives on.

But in fact, it's the memory of Dr. Seuss that brings us here today. On March 2, 1904, Seuss—real name Theodor Geisel—was born in Springfield, Massachusetts. The children's book creator—known for his quirky, bombastic poetry and fantastical pen-and-ink landscapes—passed away in 1991, but his birthday is still observed as a yearly celebration of literacy for kids and 'obsolete children' (as Seuss classified adults) everywhere.