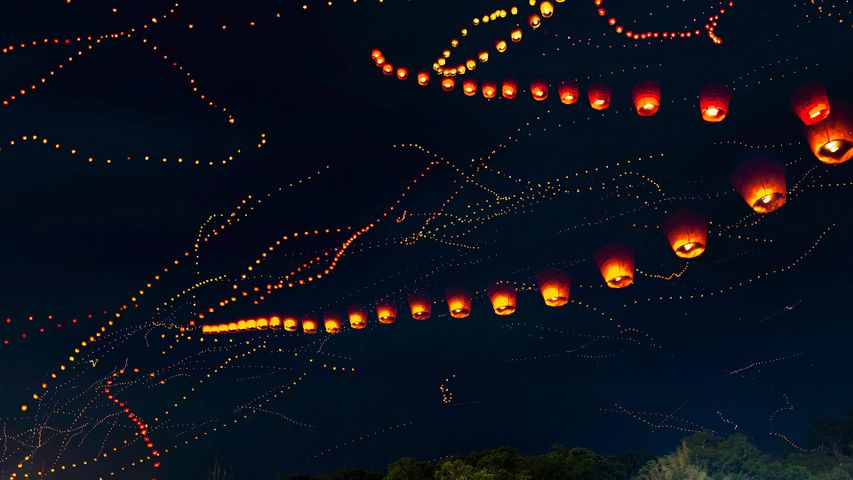 Today's Lantern Festival marks the final day of Lunar (aka Chinese) New Year celebrations, which began back on January 25. The day of the festival is filled with dancing, firecrackers, children's games, and food. Nighttime brings a quieter, more thoughtful way to start the new year. After sundown, celebrants may gather at a designated area to light and release paper lanterns into the dark sky. Many think of the lantern as symbolic of the 'old you'—and by letting the old you go, the past is released and you can start the new year fresh. This multiple-exposure composite image shows the trail of 'sky lanterns' as they're ascending over Pingxi, a district in Taiwan.