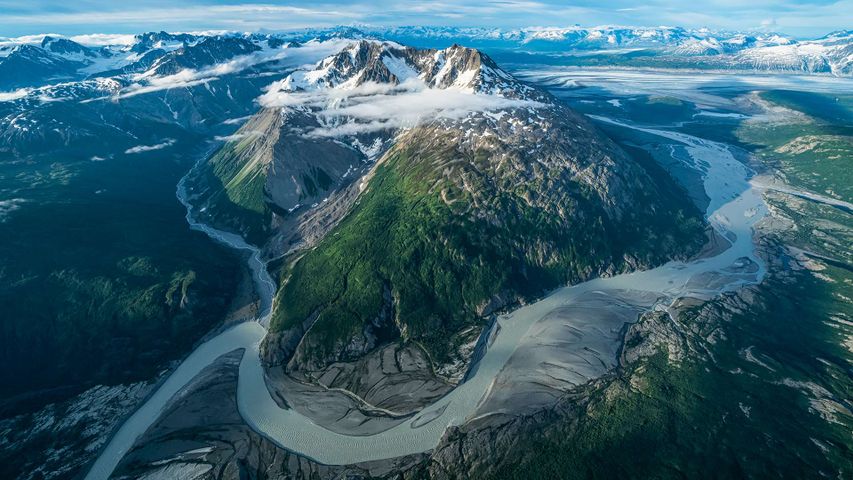 Located in the south western corner of Yukon Territory, Kluane National Park and Reserve boasts 17 of Canada’s 20 highest peaks. It is home to Mount Logan, the tallest peak in the country, which measures 5,959 metres. Encompassing an area of 22,000 square kilometres, Kluane National Park and Reserve sits as the largest protected area in the world. In 1972, it became a national park and reserve, and in 1979 it was designated a UNESCO World Heritage site.

Travellers to this majestic area are treated to variations in topography ranging from alpine tundra with colourful Arctic blooms at higher elevations, to a vibrant combination of aspen, poplar and spruce in the lower valleys. Wildlife thrives in abundance here and consists of large numbers of the park’s trademark Dall sheep, as well as caribou, grizzlies and black bears. Whether you’re a beginner, intermediate or experienced hiker, Kluane National Park and Reserve offers multiple short family-friendly trails and back-country expeditions. Visitors can also raft past glaciers here and get close to the largest non-polar icefields. How’s that for thoroughly immersing yourself in some pristine alpine wilderness?