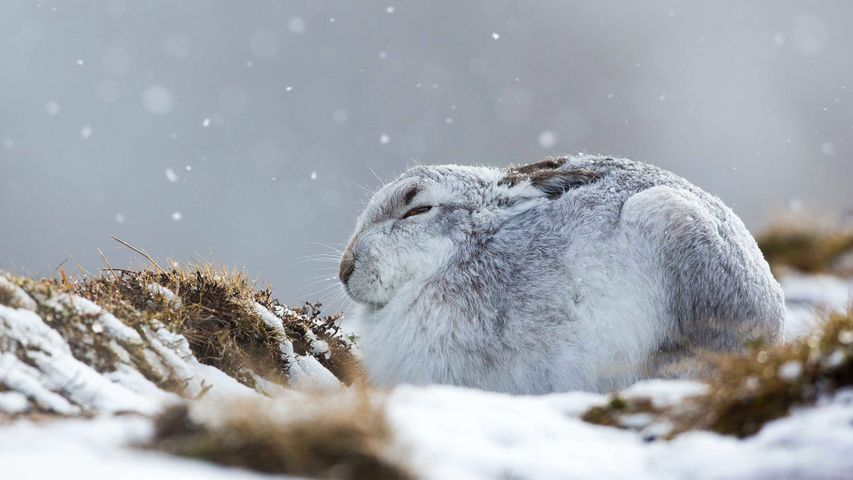 A mountain hare hunkers down in a snow storm, the Cairngorms

It’s tough at the top, especially if the top in question is Scotland’s Cairngorm plateau mid-winter, one of the UK’s most inhospitable environments. Few creatures brave it out here all year round, but among those that do are mountain hares, which are also one of only a few British species to turn white in the winter. This special winter coat includes furry back paws to stop them sinking into the snow and makes it more difficult for them to be spotted by predators like the golden eagle.

But another predator, the stoat, can turn white too - so the hares must keep their eyes peeled. While native to the Scottish Highlands, they can also be spotted in the Peak District and are found as far afield as Scandinavia and eastern Siberia. Mountain hares are most visible in the spring when the snow has melted but they are still white. By the time summer rolls around, they will be back in their grey-brown coat, although their tail stays white all year.

Ice on the surface of Llyn Idwal, Snowdonia