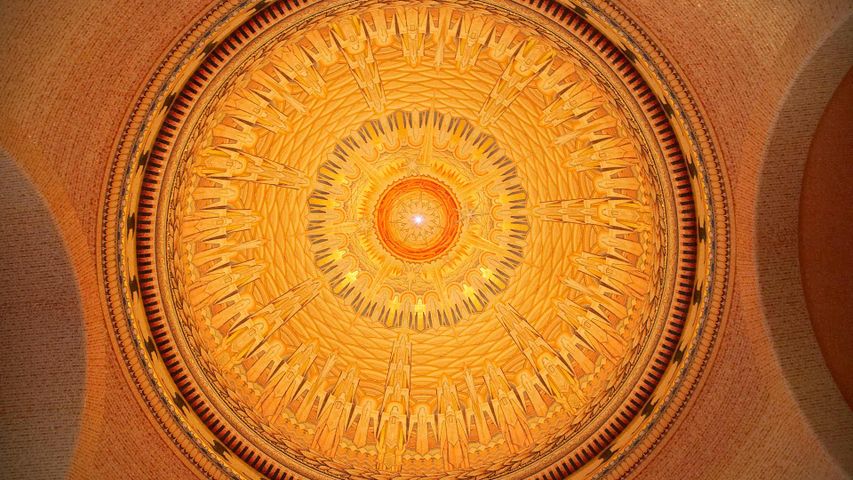 Ceiling of the Tomb of the Unknown Australian Soldier, Australian War Memorial, Canberra

Though today’s image might not be instantly recognisable, you’re actually staring at the ceiling of the Tomb of the Unknown Australian Soldier in Canberra - designed to represent all Australians who have been killed in war. Though plans to honour an unknown Australian soldier were first put forward in the 1920s around the same time as the British and the French, it wasn’t until much later in 1993 that one was brought home. Recovered from Adelaide Cemetery near Villers-Bretonneux in France, the soldier was interred into the Australian War Memorial’s Hall of Memory, buried with a bayonet and a sprig of wattle.

The tomb itself lies directly beneath the brightly coloured dome pictured today. Look closely and you’ll notice human-like figures – symbolising the souls of the dead as they ascend towards heaven.

Fan vaulted ceiling of the foyer of the State Theatre, Sydney