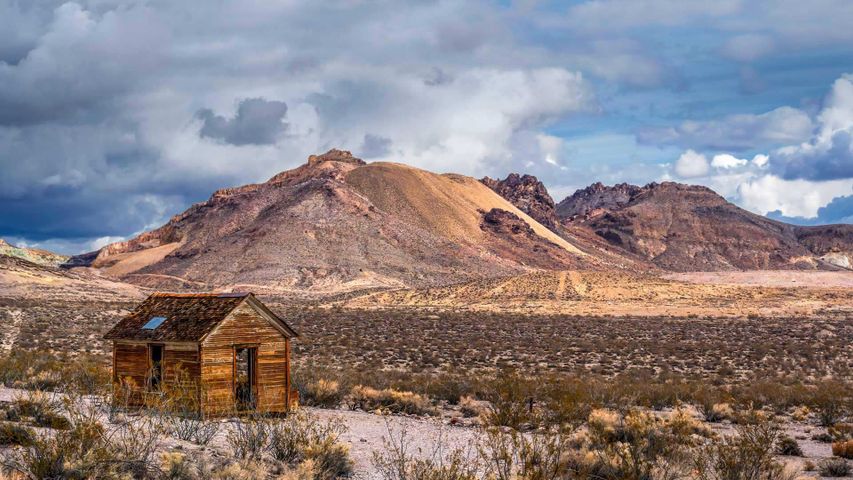 Rhyolite saw its heyday after gold was discovered in this corner of southwestern Nevada in 1904. By the time steel magnate Charles M. Schwab purchased the nearby Montgomery Shoshone Mine just two years later, the town had built saloons, gambling houses, bunkhouses, and a weekly newspaper. When the gold petered out and the financial panic of 1907 arrived, Rhyolite went from boom to bust. It all happened in just a few short years. These days, it’s one of the most photographed ghost towns in the West.